Find a place in the sea where the water-temperature is above 24 degrees Celsius. Swim out in the ocean from shore at night when the stars are shining and there are no moonlight. It must be no wind and waves so the water can reflect the starlight. It must be no clouds. Lay down on your back without swimming just floating. Look up into the sky at the stars and turn your head and see the water reflecting the star light. If the condition is right you will have the impression that the stars are all around you. Then imagine that you are floating in interstellar space with stars all around you. When you feel weightless you can close your eyes (you can also try it with open eyes if the only thing you see is stars surrounding you) and start a remote viewing meditation searching for extraterrestrials anywhere. You could suddenly get a inner picture of an extraterrestrial spaceship or a civilization on a distant planet. The picture can be quite clear. Try to take a closer look at the extraterrestrials. Suddenly the extraterrestrials can become aware of your teleprecence and you can start telepathic communication with them if they have this ability. One of the extraterrestrials can connect to you energetically and you will feel the energy signature of the creature. When this happens you can begin communicating. The communication is usually without words, only thoughts, pictures and feelings. Some extraterrestrials also use words in telepathy. If the extraterrestrials are high spiritual developed they will know almost every thing about you, and you will know a lot about them during the communication session. They may teach you things about their world. They can show you pictures from their home planets with underwater cities, sky cities etc. You can try this communication with several extraterrestrials. If they become interested in you they may have the ability to visit you. If it's extraterrestrial mermaids you have contacted, they may have the ability to teleport thousands of light-years within a second and they will come to your position in the ocean and you will be visited directly by them. Some advanced extraterrestrials also have the ability to teleport you to them. They may also send a spaceship to visit you within a few minutes to several hours and beam you aboard. The ocean will amplify your telepathy toward outer space and similar meditation methods are used by the mermaids themselves when they search and contact distant space creatures.

If you have contacted a extraterrestrial spaceship you can try to tell them by inner pictures where you are. You make inner pictures of the solar system and then Earth and down to your position.

Procedure: Find a flat area where the extraterrestrial spaceship can land. On this flat area set up a triangle consisting of 3 green laser pointers that points vertically right up into space. Each side of the triangle can be for example 100 meter long. Set up a ham radio transmitter for the 70 cm ham band (420 MHz - 450 MHz) with at least 25 Watts of power with an isotropic vertical antenna or an antenna that are directed toward space. Set the ham radio transmitter to AM and start transmitting Steven Greer's contact sounds. Start a remote viewing meditation searching for extraterrestrial spaceships near Earth. When you make contact, try to guide them to your position by inner pictures. When the spaceship are close enough it can receive Steven Greer's contact sounds. When it come even closer it can see the the triangle marked by the 3 green laser dots. If you are lucky the spaceship will land at the center of the marked triangle. This method require at least on licensed ham radio operator among the participants.

3. Call them directly by radio. On several occasions there have been contacts between Earth radio operators and visiting extraterrestrial spaceships. Most of the contacts has occurred on the 11 Meter band (26 MHz - 28 MHz) by use of Walkie Talkie CB radio. It has also occurred on ham radio frequencies and shortwave broadcasting frequencies among other frequencies.

Procedure: According to information received by telepathy, the extraterrestrials are listening on specific metric frequencies. Get a transceiver capable of receive and transmit on frequencies between 1 MHz - 300 MHz with at leased 10 Watts of power. 100 Watt of power are recommended. Set up an antenna capable of transmitting into space. Call the extraterrestrials using one or several of the following frequencies in English language. Most of the extraterrestrials that visit Earth regular are familiar to the English language. If it's a first time visitor, they probably don't understand any Earth language at all. If that's the case send some nice uplifting music because music can act as a universal language.

You can try one of this frequencies to call extraterrestrial spaceships in Earth orbit.

Use the formula 300 divided by Meter to calculate the other frequencies.

You can try AM, FM and SSB. But AM is the simplest modulation method for the extraterrestrials to detect.

You can also try to contact extraterrestrials on the other planets in the solar system. Extraterrestrials from other star systems has bases on other planets in our solar system. The simplest target is The Moon. Several extraterrestrial civilizations have underground bases on The Moon used to monitor the Earth among other things. You can try with CB radio first. Put up a half wave vertical antenna and call them on the general calling frequency for international CB radio at 27.555 MHz with USB modulation and 100 Watt transmit power. You must do this when you see The Moon not to high over the horizon and when you are hearing no skip (ionospheric reflections). This because the radio waves has to pass trough the ionosphere to The Moon. The time delay between transmit and receive is approximately 2 seconds. If you are a licensed ham radio operator you have many more options. First set up a parabolic reflector between 1 and 5 meters or more in diameter. If  you use a big one you can use the 70 cm ham band as the lowest frequency band. Pick a frequency between 434.000 MHz to 434,575 MHz and call using USB modulation and 1000 Watts of power. Point the parabolic reflector at The Moon and try to call the extraterrestrials. In approximately 2 seconds you shall hear a echo of your call as The Moon reflects the signals back to you (EME). If it's no response pick a frequency between 435.000 MHz to 438.000 MHz as this area is intended for space communication with ham satellites. For more effectivity try higher microwave ham bands. Pick a frequency between 1296,150 MHz to 1296,800 MHz and call using USB modulation. You can also try a frequency between 5668.000 MHz and 5670.000 MHz or 5760.000 MHz to 5762.000 MHz with USB modulation. The best choice is to use a frequency between 10450.000 MHz and 10500.000 MHz directed at The Moon with 1000 Watt power using USB modulation.

Calling extraterrestrials at the planet Mars. Minimum recommended parabolic size is 5 meter in diameter or greater. Point the parabolic reflector at the planet Mars using a astronomy guidance program that auto track the antenna against Mars with a computer. Use a frequency between 24050.000 MHz and 24250.000 MHz with minimum 1000 Watt power (much more power recommended). Use PSK31 digital modulation. Call by typing a text message in English. Expect a delay at approximately 30 minutes between transmit and receive. Use the same frequency and parabolic antenna for communication to extraterrestrials in the Jupiter and Saturn systems. Use more power than for Mars for communicating with planets in the outer solar system. For Venus and Mercury you can use the same setup as for Mars. The delay are greater for the planets in the outer solar system.

You can use optical frequencies for communicating with other planets in the solar system. Point a 100 Watt green laser at the planet Mars and modulate the ray with music, videos, speech and other types of information. This method can be dangerous for your eyes and for air traffic. As a receiver use a optical telescope pointed at the planet Mars with a sensitive photon detector connected to a computer.

Using radio for interstellar communication. The SETI project has tried this for years, but it's expected that any positive results with this project are kept secret. The extraterrestrials themselves uses communication waves that travels faster than the speed of light (FTL). Visiting extraterrestrials has clearly explained that Albert Einstein is wrong about the light-speed as the upper speed limit in the universe. It's a theory that the light-speed increases when the radio-waves leaves the suns gravitational space (solar pause) and enter interstellar space. A calling attempt was done to civilizations in the Sirius star system 8.6 light-years away with a vertical ham radio antenna at the 70 cm ham band when Sirius was visible in the horizon. The modulation was PSK31 digital mode. In the text message sent to Sirius it was explained that we where listen for a replay 24 hours later. We got a response at exactly the right time but in a different way than a received radio message. I think the extraterrestrials thought that a common ham radio receiver wasn't sensitive enough. This experiment showed that radio-waves are traveling faster between the stars than expected. A radio message reached Sirius in 12 hours or less and not 8.6 years as expected. 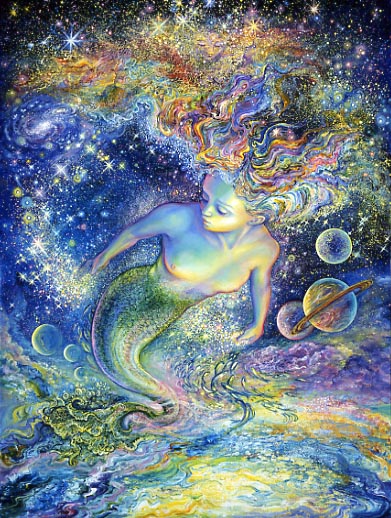 Procedure: Set up the device and communicate. If you try to communicate with civilizations on planets not knowing about Earth, music and pictures are the way to do it. 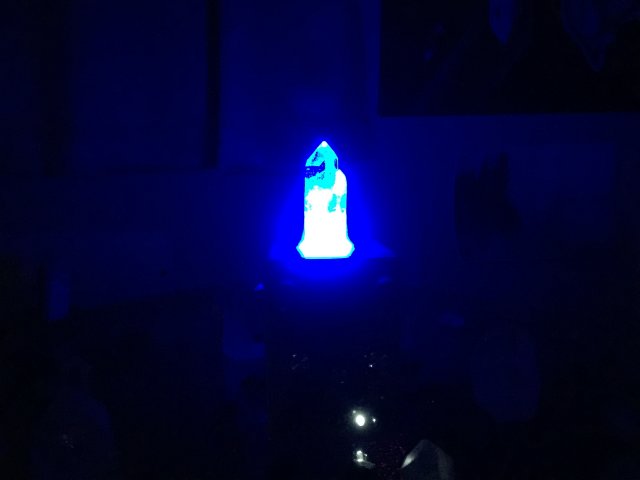 This picture showing a FTL communication device sending Katy Perry music to other planets in The Galaxy by FTL (hyperspace). The blue haze surrounding the transmitter crystal are Cherenkov radiation showing that something is traveling faster than the speed of light. The signals from this transmitter propagate across The Milky Way Galaxy in less than a second. A few years ago all music produced by Kate Bush was sent by FTL into The Galaxy. 4 hours into the broadcast we had a flyover by an extraterrestrial spacecraft. Music by David Bowie, Pink Floyd, Adele and Aurora has also been sent to other planets by FTL (Faster Than Light).